With FUE Hair Restoration you can fill in a patchy beard or thicken your eyebrows.

While the term ‘hair loss’, is typically associated with a receding hairline, thinning hair, or male pattern baldness, it is not unusual to experience thinning eyebrow hair or develop bald patches in the beard.

FUE transplant can be very effective for the beard area. In fact, many men are affected by this condition, known as Alopecia Barbae, which can cause hair to appear sparse or patchy in the beard, moustache region, under the chin, on the cheeks, or on the sides of the neck. Some men find that they have never been able to grow even, thick hair in facial areas.

Men and women seek thicker eyebrows in New Jersey and find that make up and eyebrow tattoo options can appear fake or overly cosmetic. Many people lose eyebrow hair because of a medical condition, years of eyebrow tweezing, or just because they are genetically prone to thin brows. People who seek to camouflage a facial, eyebrow scar, are excited to find out that there is a totally natural-looking, permanent solution using real growing hair.

New Jersey men with hair loss problems will usually find plenty of information about hair loss clinics and hair replacement, but they might not see as many FUE transplant beard options.

Although the exact cause of Alopecia Barbae is unknown, studies indicate that it may be a result of the body’s immune system reacting to its own body tissues and natural pigments. The T-Type Lymphocyte white blood cells, enter the hair follicles in the beard and chin area, rapidly disrupting normal hair growth. As a result, the hair roots become weakened, leading to facial hair fall out and the development of bald patches on the face. Unfortunately, it is often difficult to detect Alopecia Barbae in its early stages, as it may initially impact only a small area, or look like normal hair thinning. However, over time, this condition may result in the development of several bald patches, making it difficult to grow a beard or moustache. Similarly, Alopecia Areata, or spot baldness, which is believed to be an autoimmune disease, leads to the development of bald spots, which can appear on the scalp, body, or face, often causing hair to fall out in areas such as the eyebrows. As the body attacks its own anagen (growing) hair follicles, hair growth is subsequently suppressed or stopped, which can cause sparse eyebrows, and really change the look of the face.

Whether a result of Alopecia Barbae or Alopecia Areata, thinning hair or bald patches on the face can be a source of embarrassment and discomfort. Today, facial hair for men is very much on trend and a full beard is an important fashion statement for many guys.

At The New Jersey Hair Transplant Clinic, we are proud to offer a practical, safe, and efficient solution to this common hair loss problem. Utilizing the HARRTS (follicular unit extraction) FUE hair transplant technology, we can restore facial hair and confidence in a quick, easy procedure using your real hair.

Are you a Candidate?

Have you considered options for a hair transplant, but you aren’t sure what the procedure involves or if it is the right choice for you? Answer a few simple questions to see if you are a good candidate for FUE Hair Transplant.

Many patients are surprised to learn that beard and eyebrow hair transplants are an option for thinning or balding facial hair. Using the same state of the art FUE for facial hair, regrowth in this area is also possible.

As healthy hair follicles are easily harvested from the back of the head through micro-punch grafts, they are then transplanted through tiny incisions into the face, in areas of baldness.

This revolutionary hair transplant procedure is much less invasive than traditional hair transplant surgeries, as it does not require hair to be removed in strips from the back or sides of the head. Instead, the follicular unit grafts are painlessly extracted as individual grafts and transplanted into the affected areas of the face, restoring hair and enabling the patient to achieve a full, natural looking beard, moustache, goatee, or eyebrows. As a result, it is a nearly scar less procedure, unlike the more invasive strip hair transplant method, which leads to prominent linear scarring at the back or sides of the scalp. 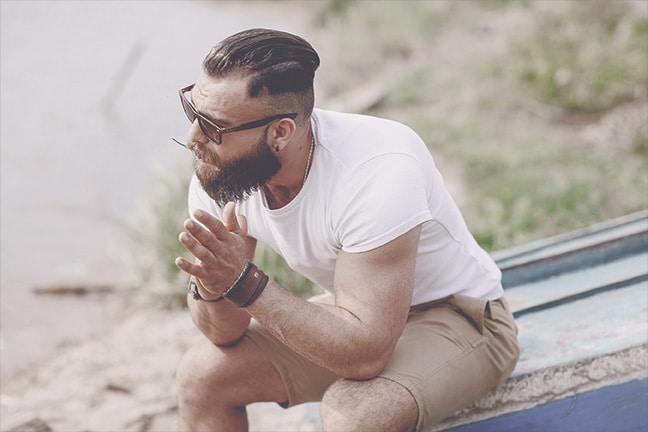 The precise nature of this procedure allows us to offer our patients subtle, natural-looking results. Our New Jersey hair loss specialists will ensure that the hair taken from your donor site(s) is a suitable color in order to make certain that it will blend seamlessly with your existing facial hair. Thus, while the procedure will significantly improve the density and consistency of your facial hair, you can feel confident that the change brought about by your facial hair implants will be undetectable to others.

For hair restoration in NJ, Dr. Michael Gartner is a leading choice for excellence. Dr. Gartner is set apart as a double board certified plastic surgeon and general surgeon. While hair transplants may be offered through less qualified technicians, the high standard of a celebrity hair transplant comes from decades of detailed surgical experience and advanced education. Dr. Gartner is renowned among colleagues and clients worldwide as an innovator in the field of aesthetic plastic surgery. He prides himself on being closely involved with all aspects of the patient’s journey, from in-depth, private consultation and strategic planning, to personalized treatment and consistent post-procedure care. Because his surgical approach is always adapted to be as minimally invasive as possible, his patients can count on a comfortable experience with reduced recovery time. Refined techniques for hair restoration in NJ involve a hands-on surgical management combined with the medical aesthetic industry’s newest robotic and digital equipment. Dr. Gartner’s patients benefit from his adaptable methods, which are customized for each client’s unique needs. The celebrity hair transplant look is full, natural, and virtually scarless. Fine micrografts and artistic placement achieve hair that doesn’t look like a transplant, but entirely revitalized. 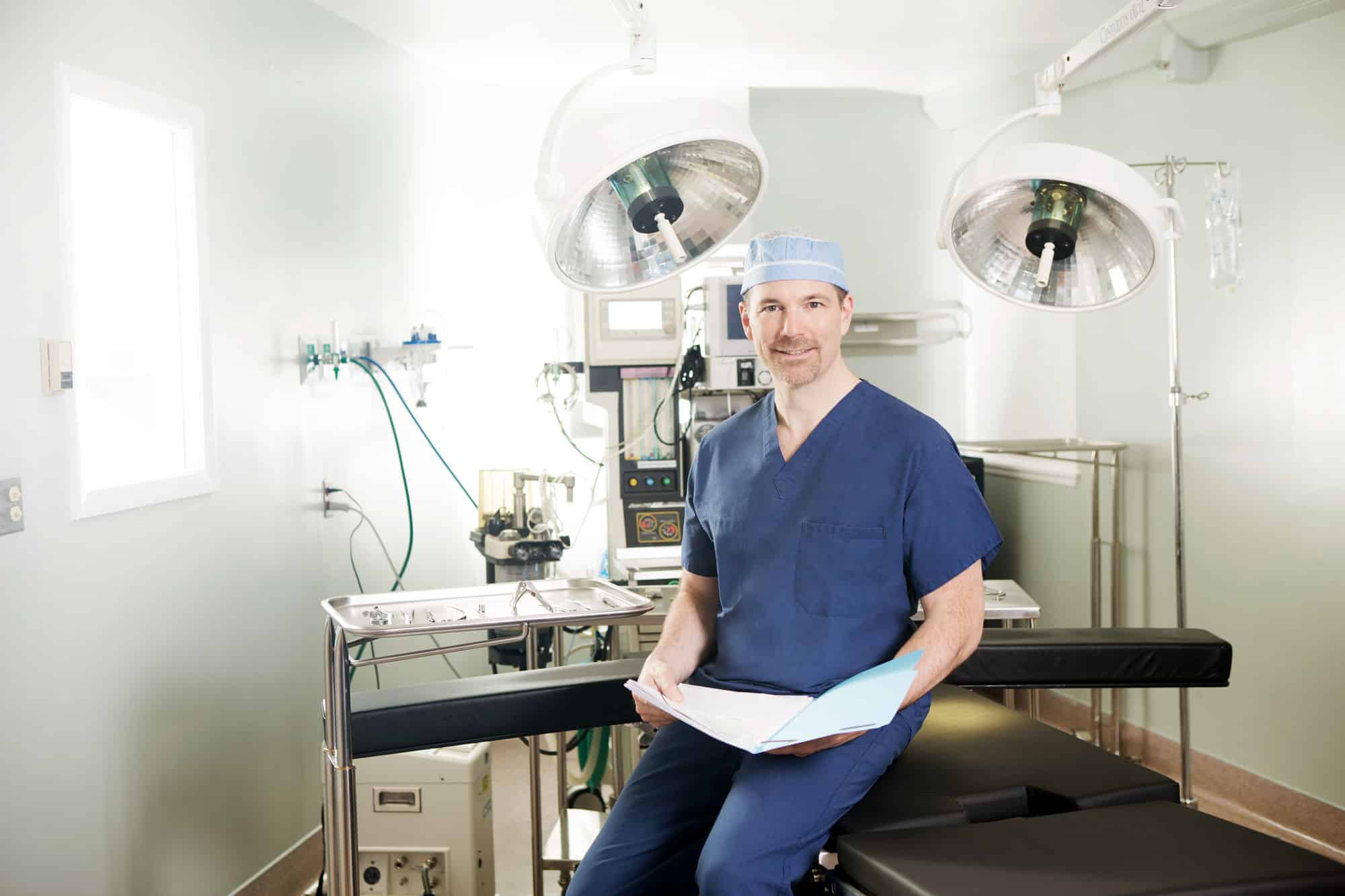 Everything You Need To Know About Facial Hair Transplants

Unlike the invasive and time-consuming strip method used for hair transplantation, FUE hair transplants, using the innovative technology, do not require an invasive surgical procedure.

As a result, patients can achieve the beard or eyebrows they desire without the need for lengthy downtime, an uncomfortable recovery, or visible scarring. Because the face is vascular, most patients heal very quickly after the procedure. However, it is important to take precautions for the first ten days postoperatively to ensure that the transplanted hair is not disturbed. Some minor redness and inflammation may be present in the treatment area for one to two weeks but in most cases, patients are pleasantly surprised with the ease of the recovery period, which makes it the ideal treatment option for busy professionals who want to get back to their life as fast as possible.

Whether it is due to genetics or Alopecia Areata, many individuals begin to notice their eyebrows thinning or balding over time. Luckily, a New Jersey eyebrow hair transplant can successfully restore the appearance of your brows. Like a beard transplant, a HARRTS FUE hair transplant can be used to reverse hair loss in the eyebrows. The procedure itself is very similar, as follicular grafts are taken from the donor site at the back of the head and transplanted to the sparse sections of the eyebrows, helping to restore balance to the face. Extreme precision is necessary to make sure that the hair is implanted at an angle which mimics the eyebrow’s natural hair growth. Trust the specialists at the New Jersey Hair Transplant Clinic who elevate hair transplant techniques to an art-form.

At New Jersey Hair Transplant Clinic, we pride ourselves on offering personalized FUE surgery which considers the unique needs of each patient. During your consultation, we will assess your area of concern, determine the probable cause of your hair loss, and work with you to develop an appropriate course of action. Provided that you are a suitable candidate for a beard or eyebrow hair transplant, we will identify an appropriate donor area, typically at the back or side of your scalp and ensure that the color of your facial hair can be matched to the selected donor site, as this is necessary to ensure a natural looking outcome.

Whether you are hoping to achieve a full beard, lush masculine eyebrows, or replace brows that have been tweezed for too long, a NJ FUE facial hair transplant can deliver the natural, permanent results that you desire. Given the tremendous impact facial hair can have on your appearance, it is critical to entrust a highly qualified and experienced hair loss specialist for your beard or eyebrow implants in New Jersey. To learn more about this procedure, please contact us today to schedule a consultation for your FUE hair transplant.

Find out if you are a prime candidate for our state-of-the-art hair transplant FUE at our New Jersey Hair Transplant Clinic.

Scar-less Hair Restoration with results in less than 120days

The FUE process is an advanced next-generation hair transplant micro-surgery. Click on the steps to get a simplified overview. For more details particular to your case, please consult with our doctor.